Despite of  numerous efforts to save lives, approximately one million people in India die because of tobacco's active or passive use  every year, as per W.H.O's report 2015.

Now tobacco is targeting our youths, any anti-tobacco campaign would not meet its original motto if the vendors don't stop selling tobacco stuff near the educational institutions which is mentioned under the COTPA (Cigarettes and Other Tobacco Products Act), 2003 as selling tobacco products within 100 meters territory of educational institution is strictly prohibited.

Asserted the latest research by GATS that average age at the initiation of tobacco use is around 18 years while around 3% of minors (age 15-17 years) use smokeless tobacco. 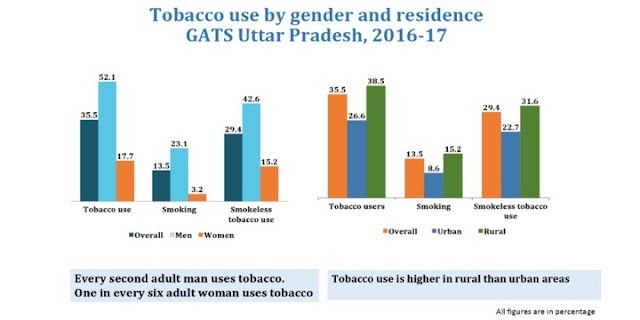 District Magistrate of Lucknow, Kaushal Raj Sharma said, "The idea of Anti Tobacco Campaign or Tobacco Free Society is possible only when people became aware and firmly decide to stay away from it. Media can be very helpful in achieving this goal. It is very awful to see the present condition of youngsters who are caught under the quagmire of tobacco consumption".

"Stopping youngsters to take tobacco goods and provide license to every tobacco vendor would be our goal", said Ramesh Bhaiya, the founder of Vinoba Seva Ashram, a voluntary organization active in the rural areas in the state and making the efforts to get rid the country of tobacco.

Dr. Vinay Gupta of KGMU shared that tobacco users are facing problem of mouth affected by the tobacco. Considering the epidemic nature of tobacco use, it is necessary to make the India a tobacco free Uttar Pradesh. 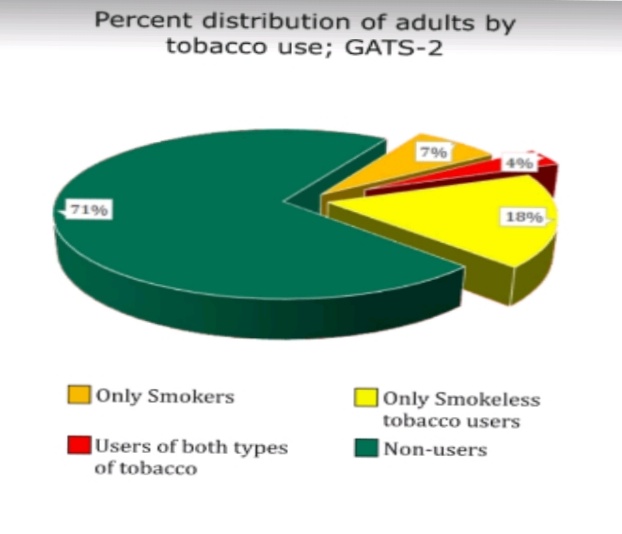 Unregulated sale and easy access to tobacco products especially for minors and young people and lacking attention among stakeholders for implementation of tobacco control measures is still a matter of serious concern for our country, according to COTPA.

One of the tobacco user, Ram Prasad said, "He don't have any information about the harmful effects of tobacco usage and he start to take tobacco at his tender age of 14". The advertisements "तंबाकू से कैंसर होता है।" that printed on the pack of tobacco are of no use as one can hardly be able to read them.