Astronomy used to be a somewhat expensive hobby once upon a time, requiring telescopes and other equipment. However, that’s not quite the case anymore.

Our ancestors viewed the starry sky every night. In their minds and imaginations, they formed stars into unique objects that we now call constellations. They also told stories of how these constellations came to be. Thanks to today’s technology, we are able to see the real images of stars, planets, and other celestial objects in space. We have even sent space missions to discover the mysteries of outer space.

Technology has brought a revolution in every field and astronomy isn’t untouched by it. Today in this blog, I am going to share with you some of the best astronomy apps out there on the web. I’ve been seeing some great apps in the last few years, of great importance to any astronomy lover. I must say, the astronomy apps I’m going to talk about here are good for any level of knowledge. Some of them are indeed meant for beginners, but the package and stuff they have are interesting to everybody, that’s for sure. 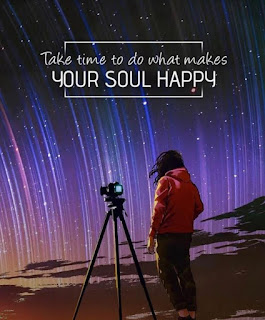 With the rapid improvement of smartphones, you can also discover the stars and planets right on your device. In today’s app list, we will be tackling of some of the best apps for astronomy enthusiasts and stargazers. Using these apps won’t require you to have a big telescope to visually discover the objects of the night sky.

With smartphones being as smart as they are now, all you need are apps that will transform your phone into a mobile observatory.

Here is our rundown of the 5 best astronomy apps for Android.

Stellarium Mobile Sky Map is a planetarium app that shows exactly what you see when you look up at the stars.

This award-winning astronomy application will let you explore the sky and identify stars, constellations, planets, comets, satellites such as the ISS, and other deep sky objects in real time in the sky above you in just a few seconds, just by pointing the phone at the sky!

Stellarium Mobile Sky Map has an easy to use and minimalist user interface that makes it one of the best astronomical applications for children and adults who want to discover the night sky.

Stellarium Mobile Sky Map is created by two of the original developers of Stellarium, one of the best astronomy applications on Desktop PC.

2) Star Walk 2 Free - Identify Stars in the Night Sky is a great astronomy guide to explore the night sky day and night, identify stars, constellations, planets, satellites, asteroids, comets, ISS, Hubble Space Telescope and other celestial bodies in real time in the sky above you. All you need to do is to point your device to the sky.


Explore the deep sky with one of the best astronomical applications.

Objects and astronomical events to learn in this stargazing app:

- Stars and constellations, their position in the night sky

You don't need to be an astronomer to find stars or constellations in the sky, just open SkyView® Free and let it guide you to their location and identify them.

SkyView Free is a beautiful and intuitive stargazing app that uses your camera to precisely spot and identify celestial objects in sky, day or night. Find popular constellations as they fade in and out while you scan across the sky, locate planets in our solar system, discover distant galaxies, and witness satellite fly-bys.


4) SkySafari - SkySafari is a powerful planetarium that fits in your pocket, puts the universe at your fingertips, and is incredibly easy to use!

Simply hold your device to the sky and quickly locate planets, constellations, satellites, and millions of stars and deep sky objects. Packed with interactive information and rich graphics, discover why SkySafari is your perfect stargazing companion under the night sky.

You can now have a virtual planetarium in your pocket! Look through the eyes of your Android device to see a virtual window into the whole visible universe.

All you have to do is point your Android device at the sky and Star Chart will tell you exactly what you are looking at.

Using state of the art GPS technology, an accurate 3D universe, and all of the latest high tech functionality, Star Chart calculates – in real time - the current location of every star and planet visible from Earth and shows you precisely where they are; even in broad daylight!

Want to know what that bright star is called? Point your device at it – you might just find out it’s a planet!

Want to know what the night sky looks like to people on the other side of the earth? Well just point your device down!

Want to know where your star sign is in the sky? Star Chart will tell you all this and more.

Email ThisBlogThis!Share to TwitterShare to FacebookShare to Pinterest
Labels: Astronomy