In the midst of the corona epidemic, we have seen many unique views of nature in which many astronomical events have appeared. While the giant meteor body near Earth has frightened the people, some amazing scenes seen in the space have become forever memorable for us. Nowadays, another such scene is visible in the sky, which if you miss it, you will never see it again. 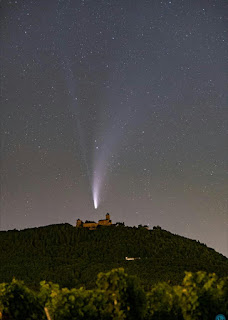 In fact, a NeoWise comet that appears once in several thousands of years is now visible after the sun sets.  It is easily visible to the people of the Northern Hemisphere. This means that all Indians can easily see this comet in the sky. Scientists say that this comet is so bright that it can be seen with the naked eye. 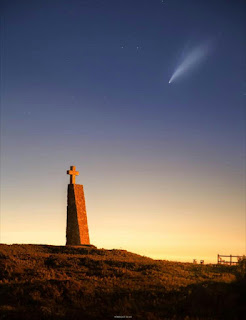 Rare astronomical phenomena will not be seen in 6800 years 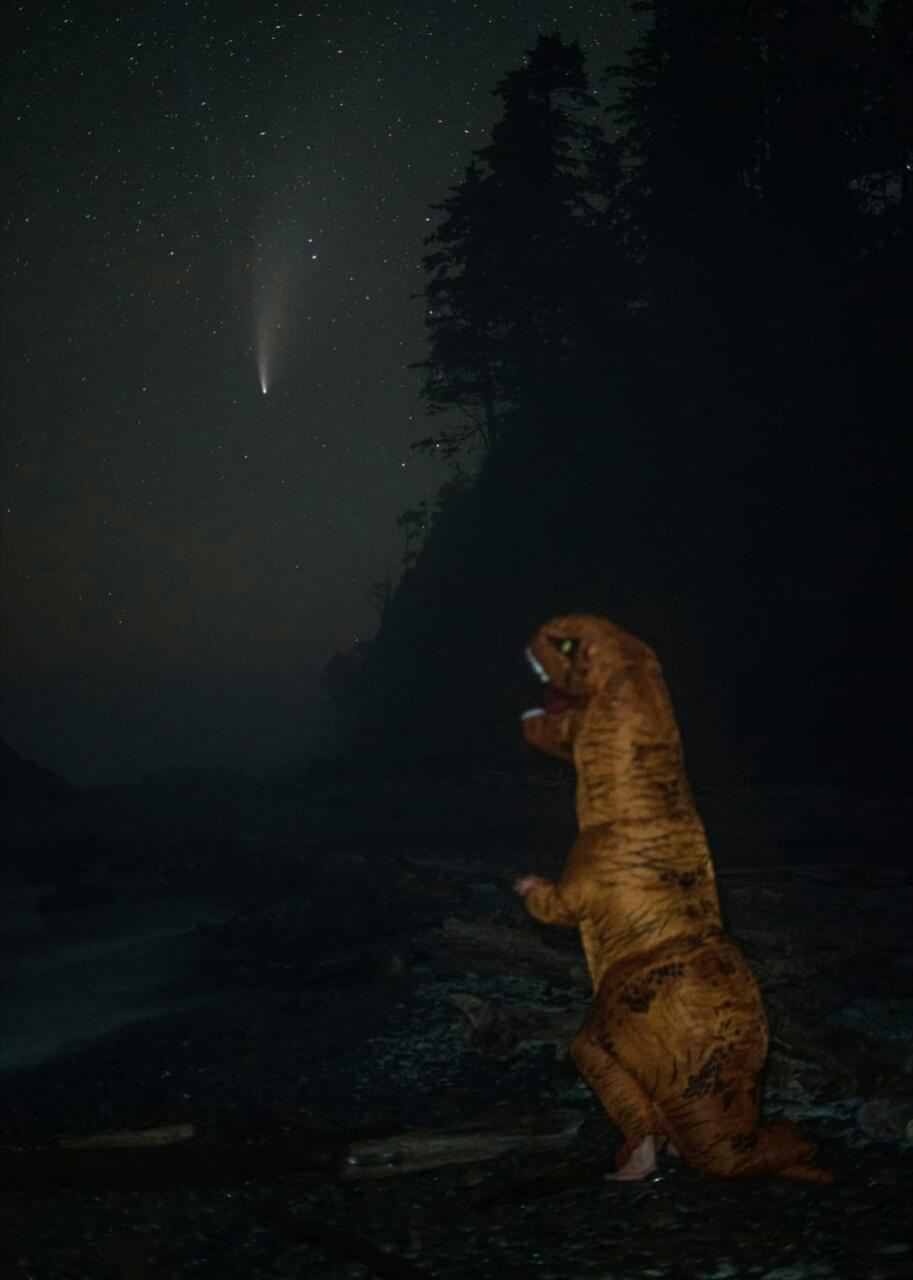 According to NASA scientists, this amazing comet is now visible in the sky since evening and it is a scene that will be forever memorable for your life because this comet will not return for 6,800 years i.e. the next 6,800 years. Only then will such a sight be seen in the sky. According to NASA, the comet can now be seen after sunset in the Northern Hemisphere. Scientists reported that the comet reached closest to the sun on 3 July, but so far it was only visible before dawn.  If you are in the Northern Hemisphere, you can check it out. 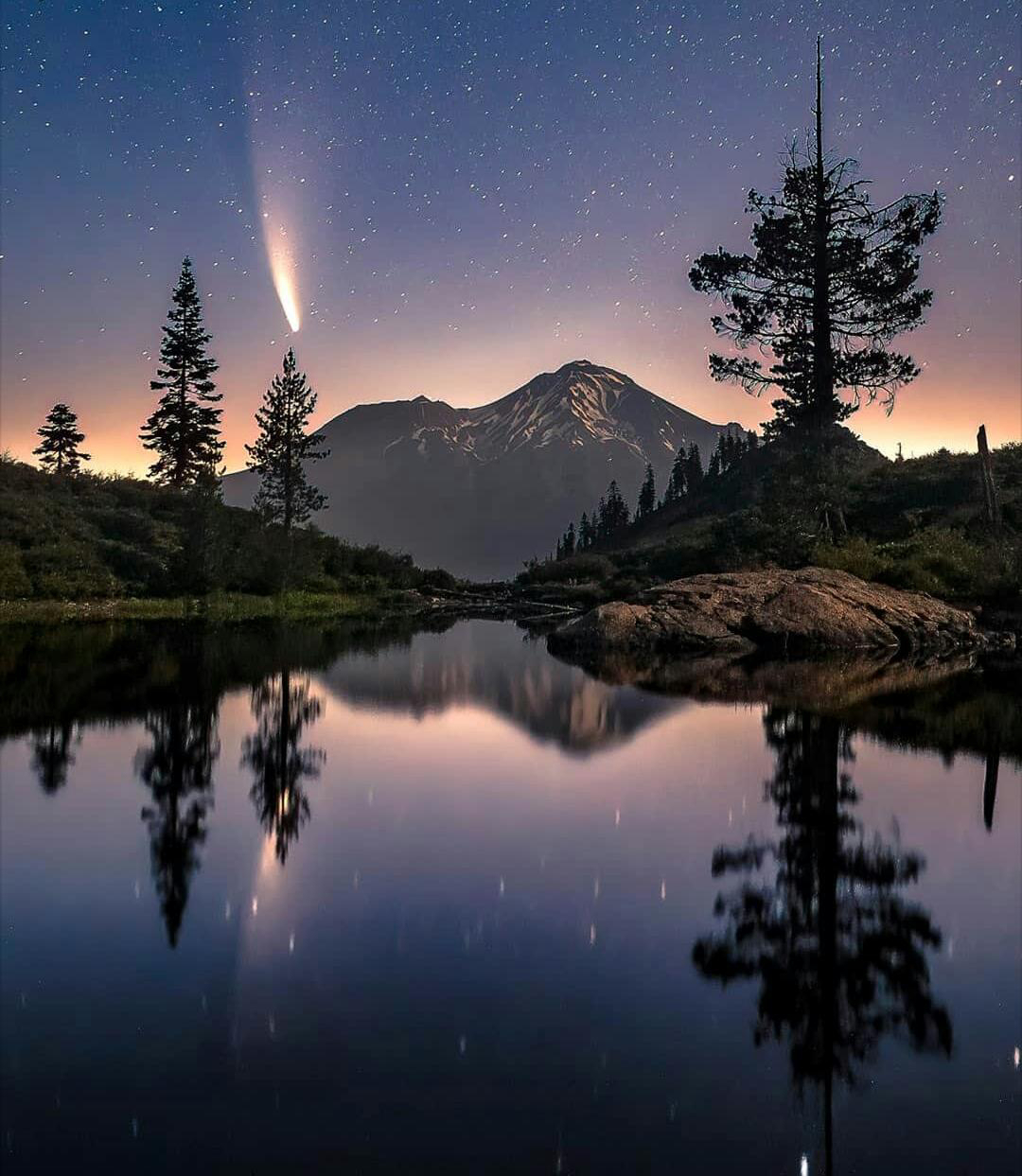 Know at what time this view will be seen

NASA Space Telescope Deputy Chief Investigator Joe Macero discovered the NeoWise comet comet on Wednesday (July 15) in a NASA Science Live webcast. He told that in the next few days the sky will go to higher altitudes. Therefore, if you look carefully in the sky in the north-west, you will see it.  Scientists said that comet can be seen every evening from now till July 30, 45 minutes after sunset time. 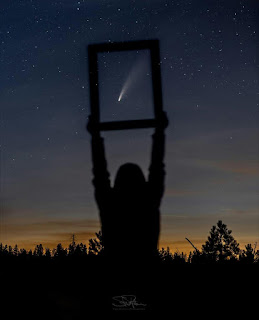 This comet will be seen by this date

This astronomical event will continue for the next 20 days, on July 22 and 23, the comet will pass through the nearest Earth. By July 30, this comet will be near Saptarshi Mandal. Then it will shine in the sky for 1 hour. After July, its brightness will start decreasing, but still it can be seen with the help of binoculars. 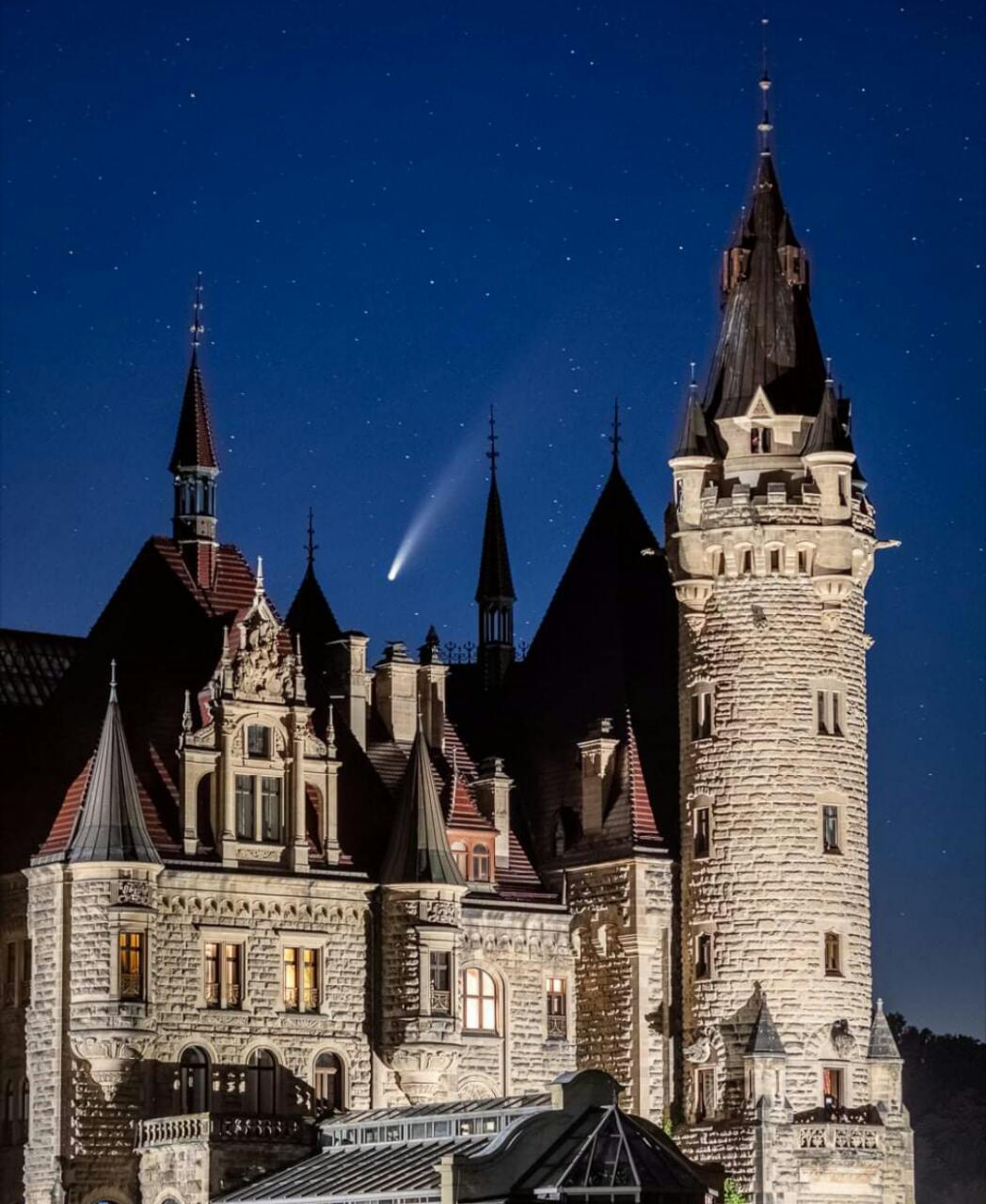 This tailed comet will be clearer with binoculars than naked eye

According to NASA's guideline, if you look at it with the naked eye, the comet will look like a fuzzy star with a tail, but when viewed with a small or large telescope, this sight will look even more beautiful and clear.  Scientists also told that for this, after seeing the real time of sunset, 45 minutes after that, when looking in the sky, it will appear clear. 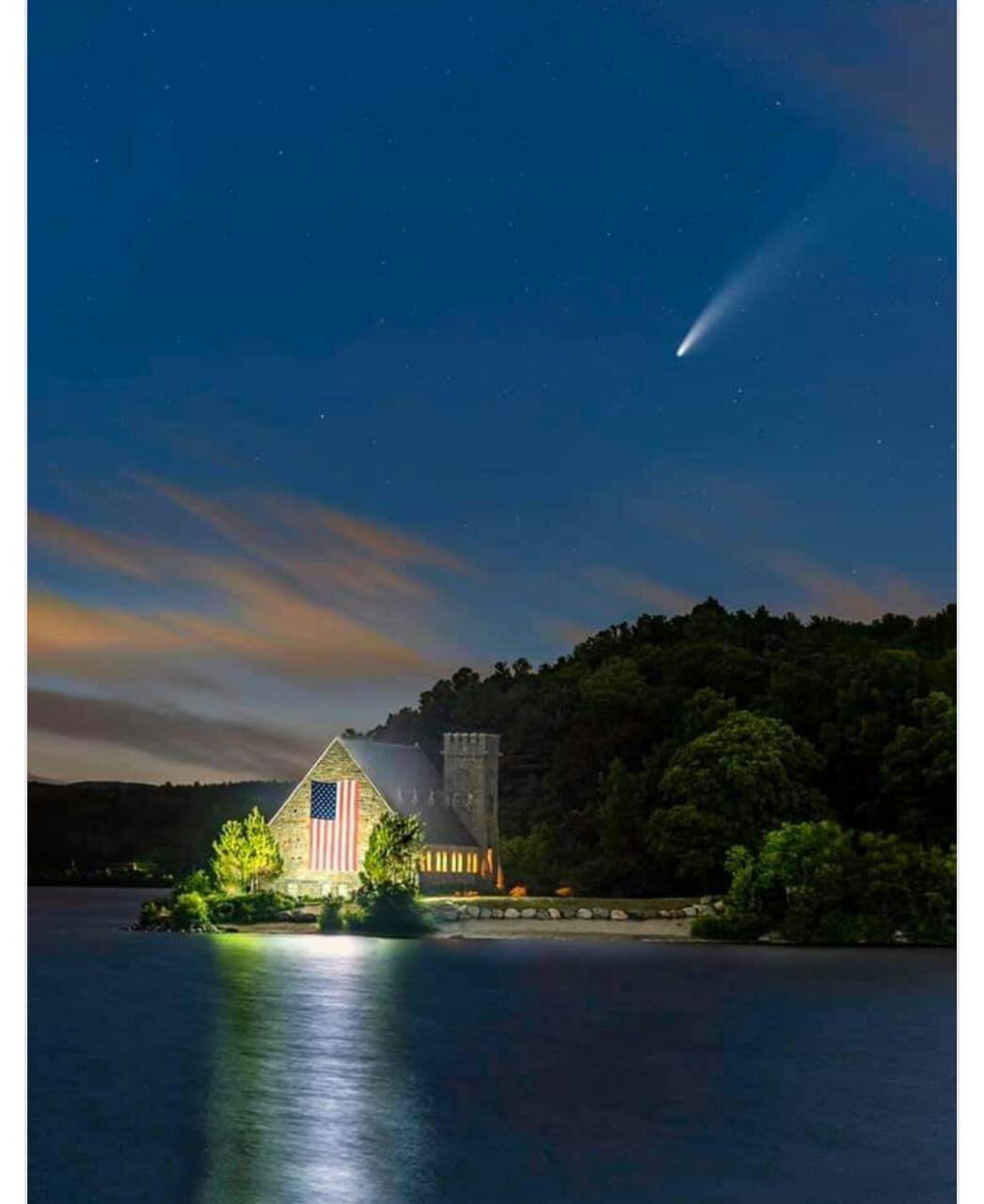 Is this a threat to the earth?

Comet NeoWise is currently about 70 million miles (111 million km) away from Earth. Earth is about 93 million miles (150 million km) away from the Sun on average. Scientist Mesiro said that the comet is moving at a speed of about 40 mph - that's about 144,000 mph (231,000 km / h), but it poses no threat to the Earth. It is far away from us and it is not coming anywhere near us, so there is no danger.  This view will be amazing for skewers. 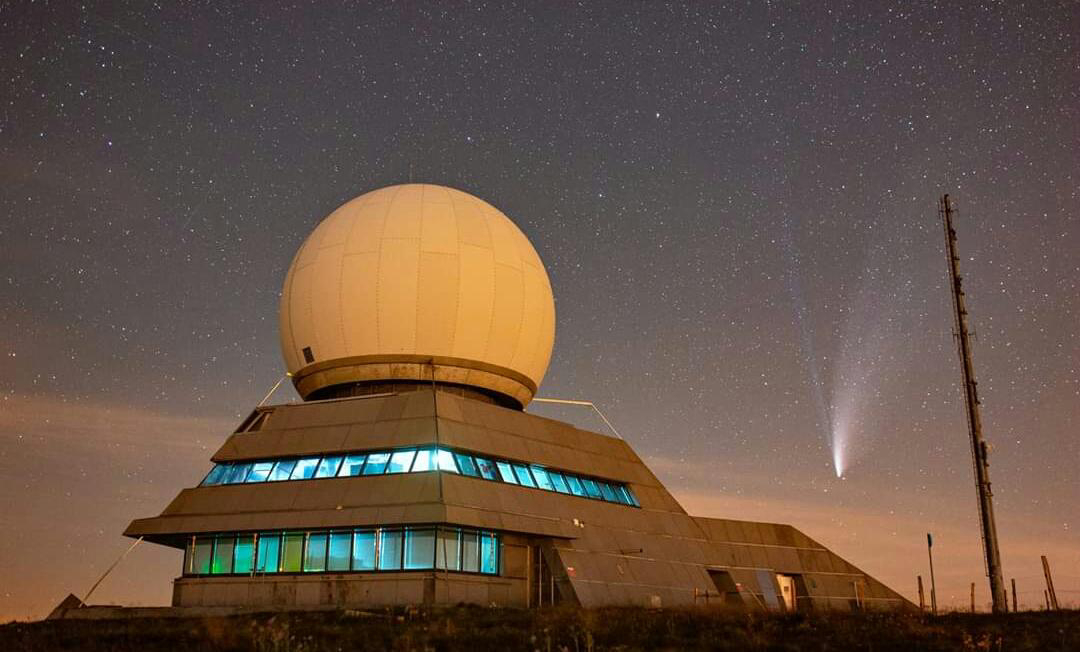 Know why this bright comet is seen so clearly from Earth

Scientists said that the comet and its tail are glowing by reflecting sunlight, and the second tail of the comet which is made of ionized particles is glowing due to the solar wind.  Was seen around the orbit and was now moving away from Earth.  Earlier in December 2013, Aijan was seen as a comet.  The comet was also seen in 1995 and 1996 but such a comet has not been seen in this era. 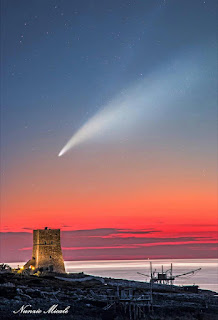 What is a comet?

Comets are cosmic balls made of frozen gas, stones, and dust, orbiting around the Sun.  According to scientists, when they live, they are shaped like a small moon and when they come close to the sun, they are heated by the temperature of the sun, after which the gas and dust start coming out due to which Giant glowing spherical bodies are formed whose size is sometimes larger than the planets.  Interestingly, comets are named according to their scientists and spacecraft. 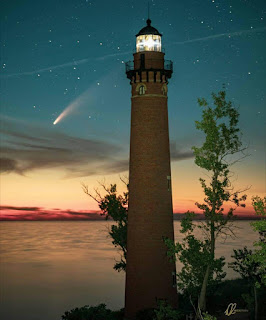